The UK implementation of Basel 3.1 – a difficult balancing act for the PRA 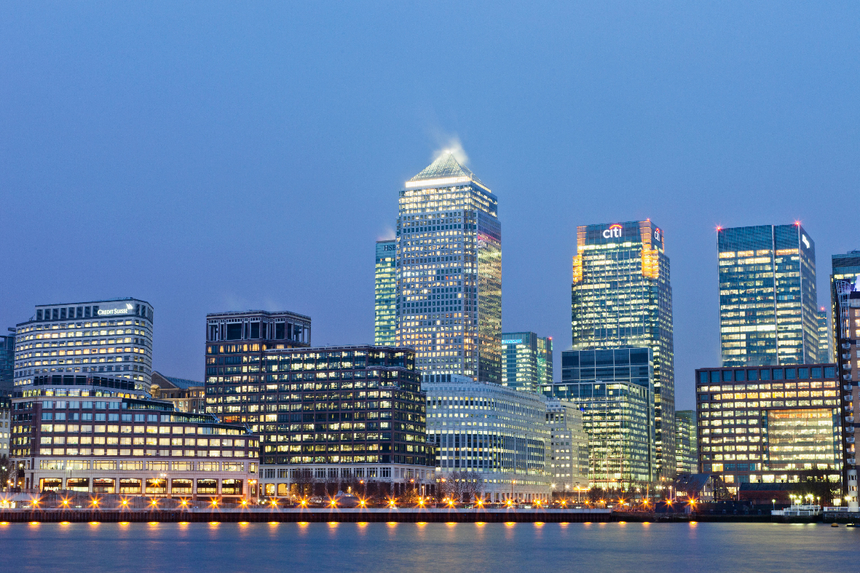 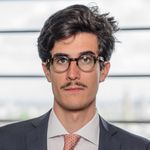 In March 2022, the Bank of England set a timeline for the implementation of the final Basel III reforms, referred to in the UK as “Basel 3.1”. The PRA is expected to publish a CP in Q4 2022 on its approach to implementing the reforms, and has indicated the new rules will take effect in the UK from 1 January 2025. This is already two years later than the Basel Committee on Banking Supervision’s (BCBS) official implementation target of 1 January 2023.

The PRA has said the timing of the UK’s implementation of Basel 3.1 will take into account “implementation timetables in other major jurisdictions” and the January 2025 date matches the timing proposed for the EU by the European Commission in its October 2021 “Banking Package” (which included the CRD6/CRR3 legislative proposal currently still in negotiations). However, international regulatory developments and a more challenging macroeconomic environment may continue to complicate the progress towards Basel 3.1 adoption. In particular, the substance of the rules adopted – namely, how faithfully the UK adheres to the BCBS text – could also be affected by a number of factors.

In this blog, we consider the changing regulatory, political, and economic situation in which the PRA will need to implement Basel 3.1 and outline a number of actions that banks can begin to take today, even as uncertainty over the shape of the final rules persists.

Part 1: How has the regulatory landscape changed over the last 12 months?

Basel 3.1 will be the first major piece of bank capital regulation implemented through the PRA-driven approach set out in the Financial Services Act 2021.This gives the PRA broad discretion to implement the rules as it sees fit. At the same time, the legislation outlines considerations to which the PRA must “have regard” in the new rules. The PRA must consider the standards set by the BCBS, whilst also having regard for the effect of those rules on the ability of banks to “continue to provide finance to businesses and consumers in the UK on a sustainable basis in the medium and long term” as well as on “the relative standing of the UK as a place for internationally active credit institutions to be based or to carry on activities”.

Applying these tests will mean that the PRA will have a challenging balance to strike. This challenge will be sharpened by worsening macroeconomic conditions, accompanied by an inflation-driven cost-of-living crisis as well as widespread recruitment and supply chain difficulties for businesses. In the UK, this has catalysed a debate over whether certain pieces of regulation are enablers of or drags on economic growth. As with the review of Solvency II, Basel 3.1 implementation could prompt increased government intervention, particularly if it is seen to affect the provision of finance to consumers and businesses. That said, the PRA has frequently argued that adherence to global standards provides the foundation for the UK banking sector’s stability and credibility and makes the UK a more attractive place for investment. It restated this view in its September 2022 Discussion Paper on its future approach to policymaking.

The UK’s Future Regulatory Framework Review – partly integrated in the 2022 Financial Services and Markets Bill recently proposed by the government – contains a number of additional provisions, including a secondary competitiveness objective for the PRA and a clause that would give HM Treasury the power to direct the regulator to review its rules.

A further consideration for the PRA will be implementation choices made by other BCBS jurisdictions, as these will affect its “relative standing”. The EU’s CRD6/CRR3 legislative proposal contains a number of deviations from the original Basel 3.1 text agreed by the BCBS in December 2017. We expect there to be strong calls for the UK to mirror the amendments to the framework proposed by the European Commission that will mitigate the capital impact of the rules for European banks, in particular those on the treatment of loans to unrated corporate entities. These deviations will complicate and already complicated challenge for the PRA.

Given the various factors at play, it is difficult to predict the approach the PRA will ultimately take in its forthcoming consultation and in how it finalises the rules, but the outlook for some parts of the Basel 3.1 framework is clearer than for others (our view of these areas is discussed further in Part 3).

Part 2: The potential capital impact of the reforms

A 2020 analysis by the PRA of the UK banking system indicated that the Day 1 impact of Basel 3.1 may bring a 0-5% increase in the total RWAs held by UK banks, assuming the BCBS standards are applied faithfully. Our analysis suggests that UK banks are sufficiently capitalised to absorb such a potential Day 1 impact of the reforms, having increased their capital headroom by 23% since 2017. This implies that, from a capital point of view at least, banks are currently relatively well positioned – although this position may deteriorate if banks face significant losses in the coming years as a result of the cost-of-living crisis. 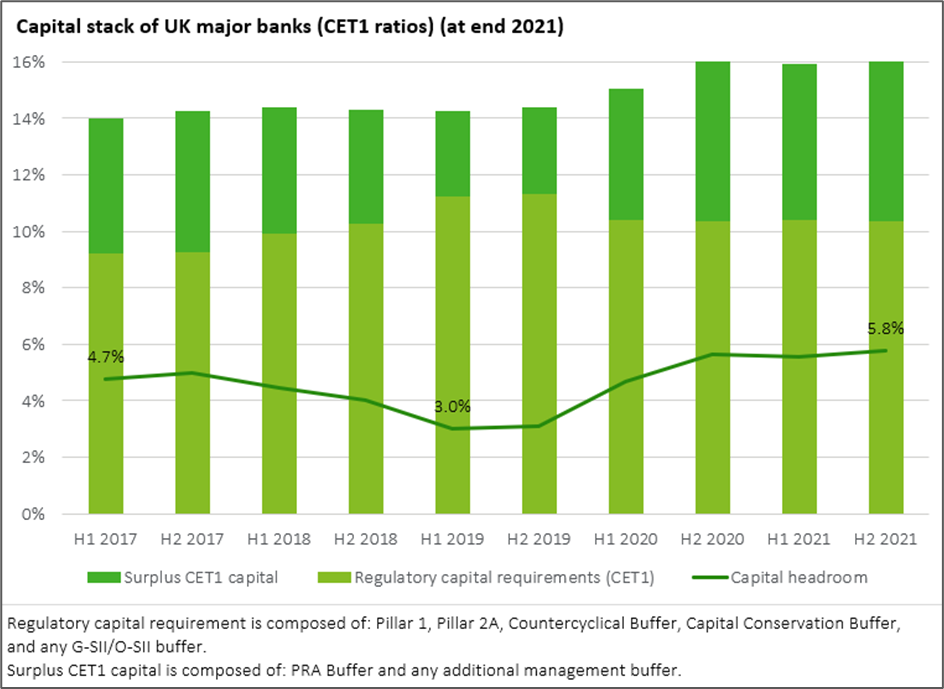 Beyond the Day 1 capital impact of the Basel 3.1 framework, the fully loaded capital impact, arising from the five-year phasing-in of the Standardised Output Floor (OF), will also be important to consider. The largest capital impact of Basel 3.1 is likely to arise for banks that end up being capital constrained by the OF. Although detailed impact studies for UK banks have not been published yet, the BCBS’ September 2022 Basel III Monitoring Report estimates that, for 41 large European banks (including five UK banks), the implementation of Basel 3.1 will lead to a 17.5% increase in minimum required capital (MRC). The OF represents the largest driving factor in this mix: an increase of 8.2% in MRC, followed by operational risk (4.1%), revisions to the credit risk framework (3.1%), and the revised market risk rules (2.9%).

Part 3: Actions banks can take now to prepare for implementation

In preparing for a January 2025 implementation of the Basel 3.1 framework, UK banks will need to make quick progress where it is possible to do so. There are several regulatory planning, assessment, and prioritisation actions that banks should undertake and revisit as consultations and final policies are made available. There are also a number of capability enhancements that banks should focus on now, as they will support their implementation work whatever policy decisions are made by the PRA and other regulators as they finalise their rules:

Prioritise certain implementation activities: in an environment of policy uncertainty around the UK’s approach, it is important for banks to take a view on which parts of the framework are likely to be implemented faithfully and which are more likely to be modified. This will help banks to prioritise early implementation activity and be ready for the new rules in January 2025. For example: in our view, there is little doubt that the UK will implement the OF in a way that is relatively well aligned to the BCBS standards. Banks can therefore consider allocating time and resources towards putting the right infrastructure in place to calculate both standardised and internal models exposures in a robust and well controlled way. Other parts of the package look less certain – for instance, the treatment of historical losses in the operational risk framework. In planning their Basel 3.1 implementation programmes, banks may choose to allocate fewer resources to less certain aspects of the framework until they know more about the PRA’s likely approach.

Understand the risk of jurisdictional divergence: internationally active banks need to develop a strong understanding of the likely degree of regulatory divergence in the jurisdictions where they operate. They should assess different implementation scenarios and consider how their profitability, capital consumption and strategic positioning in each market might be affected. At one level of analysis, banks should identify where jurisdictions that take similar approaches to implementation might present synergies for their group-wide Basel 3.1 programmes. From a more strategic point of view, once the PRA CP has been published, banks should assess how various implementation scenarios might affect their pricing and their optimal product offering in different markets.

Market insight: Although most banks have made good progress in interpreting the BCBS rules, progress on assessing their capital impact is mixed. Some smaller and less complex banks have been able to progress this work faster than their larger peers. Few banks have begun to assess the possible impact of Basel 3.1 on product pricing or on their business model more broadly.

Develop new reporting capabilities: one certainty around the Basel 3.1 implementation in the UK is that banks will need to develop new and enhanced internal and external reporting capabilities, with new reporting requirements for credit, market, and operational risk and more frequent Pillar 3 disclosures all included in the revised BCBS approach. As we highlighted in a previous blog, the PRA expects banks to elevate regulatory reporting to the same standards of control and expertise applied to financial reporting. This will require significant improvements to UK banks’ data systems and infrastructure, potentially including strategic systems upgrades to facilitate the transition to new reporting requirements.

Improve the accuracy of RWA calculations: many banks are already grappling with the challenge of increasing the accuracy of their RWA calculations. In particular, the implementation of the OF will require banks that use internal models to calculate standardised RWAs for the same portfolios in parallel. Doing so inaccurately could prompt increased scrutiny from regulators as well at put at risk capital optimisation programmes if it increases the likelihood of the bank becoming OF-constrained. Putting the required systems, governance, controls, and reconciliation capabilities in place will be a time-consuming task, and the PRA will expect firms to meet a high bar from Day 1. Our blog on RWA calculations under Basel 3.1 provides further insights on what banks can expect this in area.

Market insight: Data sourcing and systems changes to meet new requirements is a common challenge for UK banks, with certain banks facing additional challenges with legacy data infrastructure. Most banks have made some progress with model design and development across market and credit risk, but very few have progressed to the model testing phase. It might turn out to be challenging for banks to have models updated and tested by January 2025, especially in cases where the PRA will need to approve the updates.

The UK banking sector is now entering an important period of policy change and finalisation that will see critical new details on Basel 3.1 implementation emerge this year and next. Today’s fast-changing regulatory, political, and economic environment will make this a less predictable process than before.

Banks may be expected to implement the new rules in a short window after their finalisation (perhaps just over a year). It is essential for banks to be ready for these rules, and to be able to assess what they will mean for their financial position and business mix.  Acting early, where it is possible to do so, will be crucial in order to make a success of this task.

Every year we take stock of the major regulatory themes that will dominate the strategy, risk and change agendas of financial services...